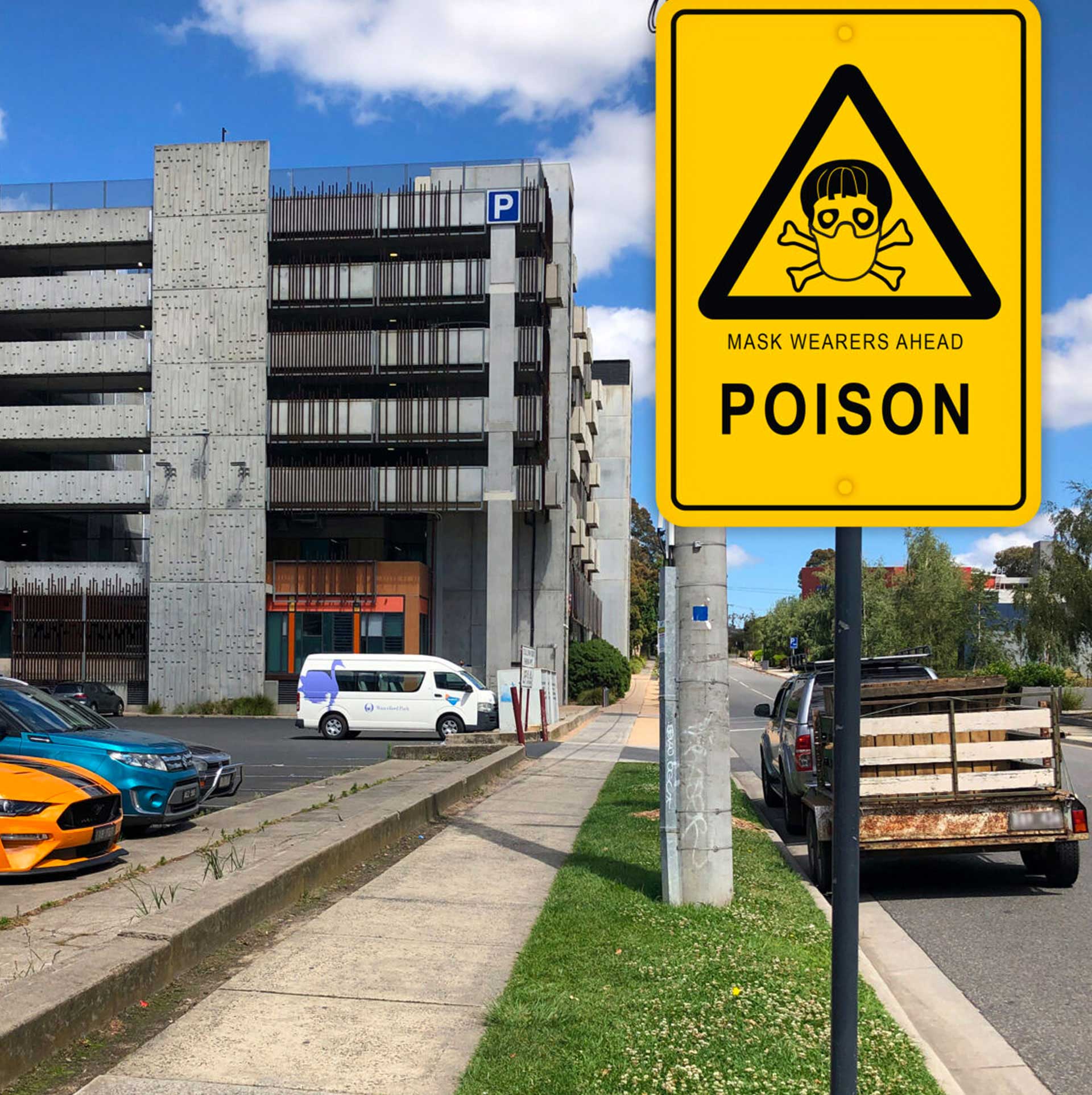 A big part of 2020 was seeing images of east Asians with face masks in the media. Even as COVID infections began to occur in Australia, the media continually chose to use images of Asians in face masks. It is no wonder that this pandemic has largely been associated with people of Chinese descent. “Chinese Virus”, “Wuhan Virus”, terms which seem innocent enough (as people would argue- it was from there why not?).  Early on in the pandemic, suburbs highly populated by Asians were also avoided (by me) thinking the exact same thing. Avoid Asians, avoid Covid.

“Subtle Approachable Racism” looks at the ridiculousness of associating a virus (that can infect anyone) with a person of a certain ethnicity and the false sense of security it gives when thinking you yourself aren’t at risk of COVID (due to not being Asian) and the importance of what we put out into the media. Personally speaking- the stories told to me have been far more subtle than those in the news. People on trains moving away from Asians when they sat down, dirty looks when an Asian person sneezed, instantly moving away from shopfronts when they came nearby and eye rolling when wearing face masks (early on before it became mandatory in Victoria during the second lockdown).

Official, bright and simple signs issuing information with underlying messages. Be mindful of people who don’t look like you, who eat things different from you, people who work in a different way from you and act differently to you. Born in Sydney, Australia Jackie has spent most of her life in Australia. Early childhood memories involved homecooked Cantonese food and seeing Hong Kong Films/Television shows being played at home. When she was 8 a family decision was made to relocate to Melbourne. Despite living in Sydney, Singapore, the United States and Hong Kong, Melbourne would always be “home”.  Having a background in Spatial Design (Events and Exhibition Designer) – she has always been heavily interested in Design and Art.  Pre-covid one of her favourite things to do was to walk the local streets and sketch interesting buildings and streets in Melbourne.