Filomena Ramos is one of the thousands of nurses who moved to Australia from the Philippines. She arrived in 1976, a few years after the abolishment of the White Australia Policy, when the nation was looking for skilled migrants. Filomena is now 71 years old and has retired from nursing after a 44 year career working in Sydney’s private and public hospitals. During this time, she faced racial discrimination, mostly by her colleagues and sometimes by patients.

Since the advent of the COVID-19 pandemic, it’s become apparent that anti-Asian rhetoric and discrimination has increased, both on the streets and within media. The same people facing this abuse are the same people Australians heavily lean on to nurse the population through the virus.

Australia’s healthcare system has historically relied on migrant nurses to care for its people. The need for their labour and skills is likely to continue as Health Workforce Australia predicted a nursing shortage of over 100,000 by 2025. As a result, many of the country’s healthcare workers come from overseas, particularly from poorer countries. The Philippines is largely responsible for supporting the world’s nursing demand, being the largest export for nurses around the globe. It’s also the second main source country of international nursing graduates in Australia.

These statistics are not reflected in Australia due to the nation’s controlled response to the virus. Although this isn’t certain as the data collected in regards to COVID deaths and infections in Australia doesn’t account for ethnicity, making it hard to draw similarities. What remains consistent in these countries is the rising racial discrimination towards Asian immigrants.

In a joint report conducted by Diversity Arts Australia, Being Asia Australia, the Asian Australian Alliance and Democracy in Colour, it was found Asian-Australians have been subjected to increased amounts of racial incidents since the beginning of the pandemic. Additionally, the Australian National University’s report showed 84.5 percent of Asian-Australians signaled at least one instance of racial discrimination between January and October 2020.

What these particular statistics show is a harsh reality for Asian-Australians, having to navigate an environment where they may feel unwelcome, unsafe and blamed.

It begs the question: how can a nation depend on migrant workers to look after it’s sick, at the same time as “wanting them to go back to where they came from”?

As executive director of the Philippine Nurses Association of America told The Atlantic, “Without the immigrant population right now serving in health care, the majority of these health-care industries would probably collapse.”

Filomena was encouraged by her husband to apply for a working visa in Australia, despite not knowing anything about the country. Within a month of filing the application, she was on a plane to Sydney.

One of the first things she noticed about Australia was that it was very clean. The second, was that everyone was white and there were barely any Asians. During her initial six-month training at St. Joseph’s in Auburn, Filomena realised she was the only nurse of colour and this created problems for the other nurses. They referred to her as the “black girl”. She wasn’t allowed to perform a simple wound dressing without the permission of the head nurse. She was scolded for interacting with doctors and doing routine visitations.

“They made my life difficult in the six months I was working with them, because I was the only asian nurse in that institution. I used to cry everyday, I used to call my husband telling him I wanted to go home.”

Filomena said the most “painful” part was when she was excluded and othered by her colleagues.

“No one joined me during morning tea or our lunch break or dinner break. I had to have my own table, all on my own, while the rest of them joined the other staff. They were all British and European. There were no Asians at all. I was the only one. I felt horrible. I struggled. I think it was my faith that helped me get through.”

After Filomena finished her training at St Joseph’s, things seemed to improve. She moved on to St. Margarets in Darlinghurst where she quickly became a senior nurse, and then to the Scottish Hospital in Paddington, where she was appointed as the nurse unit manager within her first week. It was also where she was finally met with other nurses of colour.

While Filomena experienced the worst of it in the late 70s, not much progress has been made in regards to the racist attitudes and behaviours of everyday Australians. Last year two Asian-Australian sisters were spat on, kicked, called names and threatened on the streets of Marrickville. In Melbourne, two Asian international students were brutally bashed and told to leave the country.

Jordy Shea is a Filipino-Australian playwright and teacher. His mother, like Filomena, immigrated to Sydney as a nurse in the 1970s.

Jordy used his mother’s journey to inspire his latest play, Kasama Kita. The play’s title translates to “I am with you” and it tells the tale of three nurses who came to Australia during the uprising of Ferdinand Marcos’ declaration of martial law.

“I think writing Filipinos as nurses–– a lot of people might find that stereotypical. I don’t. I think it’s a celebration of who they are. I think it’s creating them as the pillars of the healthcare community … What I really wanted to show, which resonates to COVID times, was the pressure they are consistently under not only in work but in society.” 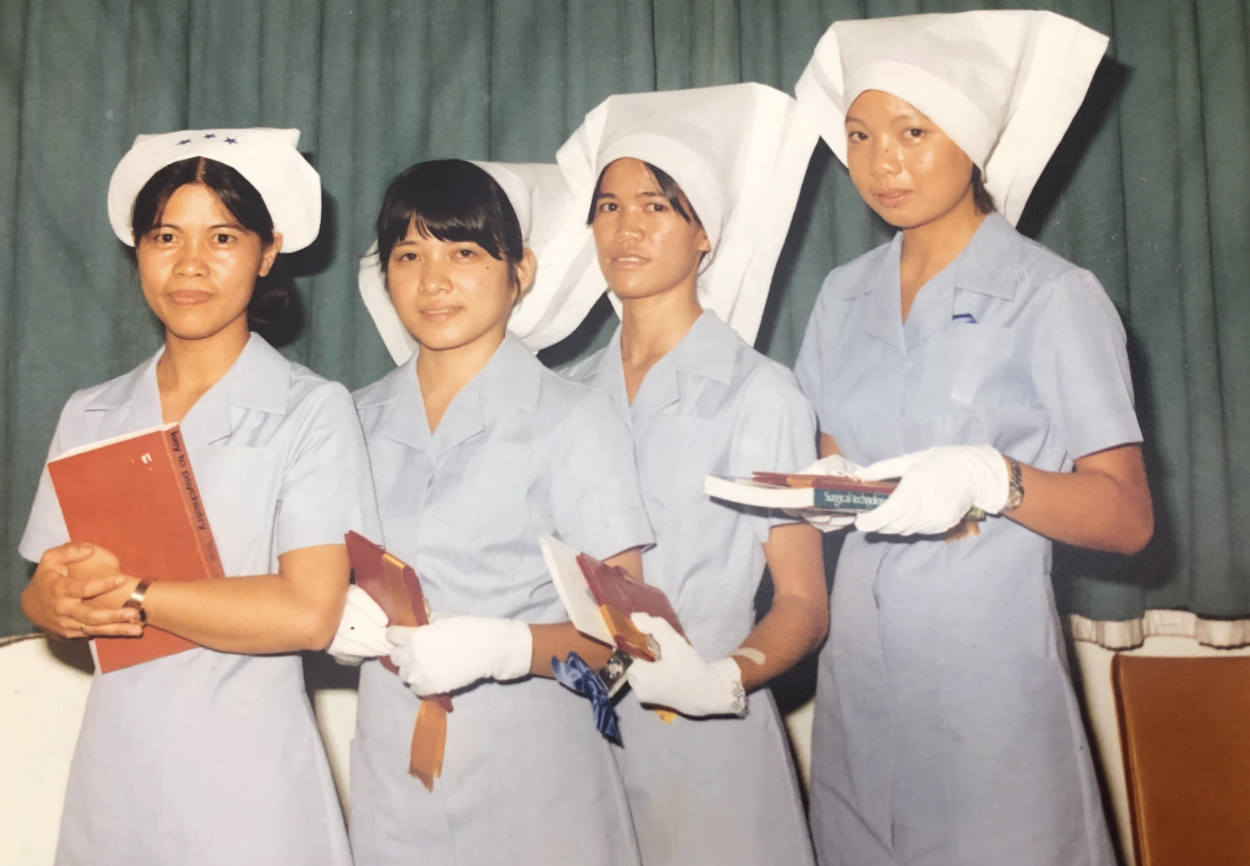 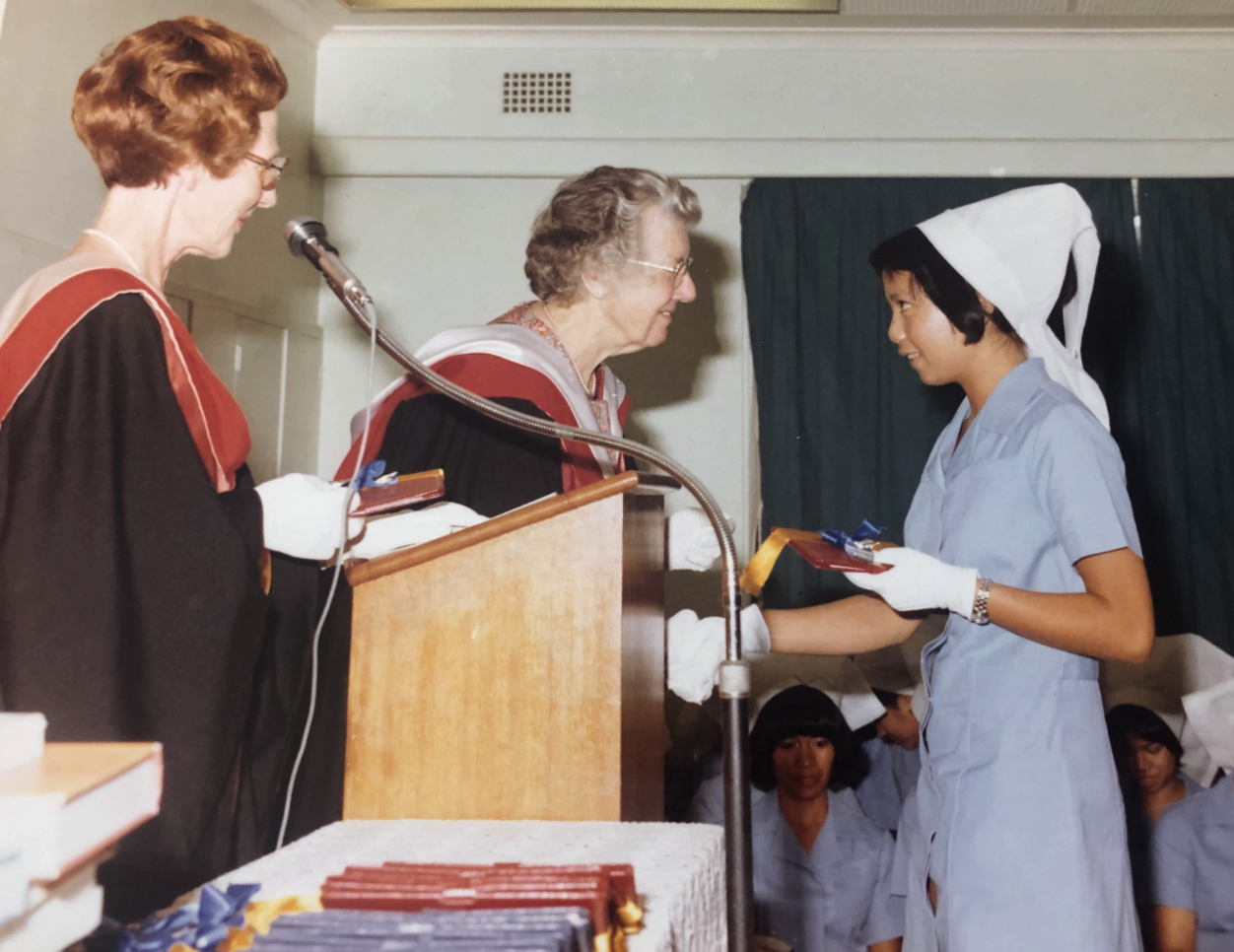 Jordy grew up in the white dominated suburbs of the Shire, south of Sydney. He wanted to explore his Filipino identity and write Filipino stories. The lack of diverse cultural representation in Australian theatre was a primary motivator.

The playwright wanted to provide a multi-dimensional portrayal of Filipinos. One that doesn’t play into harmful stereotypes. The play is about “jumping into the facets of who we are as people. Extremely complex beings.”

“I need to capture what’s going on behind the happy facade of Filipinos. When you look into my own past and our country’s past, the trauma is massive but the joy is big as well.”

Australian media plays a significant role in contributing and perpetuating racism towards Asians and Asian-Australians. This is evidenced in Social commentary, racism and COVID-19, a media monitoring report by All Together Now. Half of the racist opinion pieces they analysed involved negative depictions of race, 79 percent used techniques of covert racism and nearly 90 percent were authored by white people. In regards to who the racist op-eds targeted, Chinese and Chinese-Australians were at 55 percent.

“People of colour have to fight 10 times as hard as our white counterparts … We as a country are really complacent towards racism. Extraordinarily. I believe that we’ve had the chance to be a really great country but I think we drop the ball literally every week.”

Asians make up 12 percent of Australia’s population. It’s integral their faces are reflected not only on screens and stages, but in the workforce. People of colour are unappreciated, undervalued and taken for granted in Australia. The pandemic has emphasised there’s a long way to go in combating white supremacy.

The staff at Jordy’s school is made up of children of migrants. “We’re a nation built on migrants. If you had those people pull out, the work ethic that comes from surviving in this country, would die.”

Filomena thinks migrant nurses provide a richness in knowledge and experience that is invaluable to the healthcare system.

“If there weren’t any migrant nurses there would only be knowledge based on their own culture [Anglo-Celtic]. They would only be learning British nursing … not actually working with people that have other experiences in nursing.

“Multicultural nursing is so important because you get different ideas. You get to share your ideas, thoughts and educational knowledge. I think it’s very important for a country. You need a multicultural workforce to be able to be more effective.”

This story was originally commissioned for the I Am Not A Virus project by Diversity Arts Australia with funding from Australia Council, Create NSW, Inner West Council, City of Sydney, City of Parramatta and Creative Victoria.

The Philippines is the second main source country of international nursing graduates in Australia. Nursing also remains the main occupation of Filipino nationals in Australia. In theory, if all Asian nurses were to “go back to where they came from”, the nation’s healthcare system would simply crumble. During COVID, more Asian-Australians have been subject to racial vilification, at the same time, they are relied upon to work on the frontlines, risk their health and sacrifice their wellbeing in order to nurse millions of Australians. What many Australians fail to recognise is that migrant nurses have helped shape the country’s healthcare system to what it is today.

In this piece, I spoke to Filomena Ramos, a retired nurse who migrated to Australia from the Philippines in the 70s, who detailed the heart-breaking racism she encountered from her colleagues. Playwright, Jordan Shea’s ‘Kasama Kita’ was inspired by his mother’s similar experience. I spoke to Shea about the strength of migrant work ethic, the importance of creating counter narratives and highlighting Filipino-Australian stories. 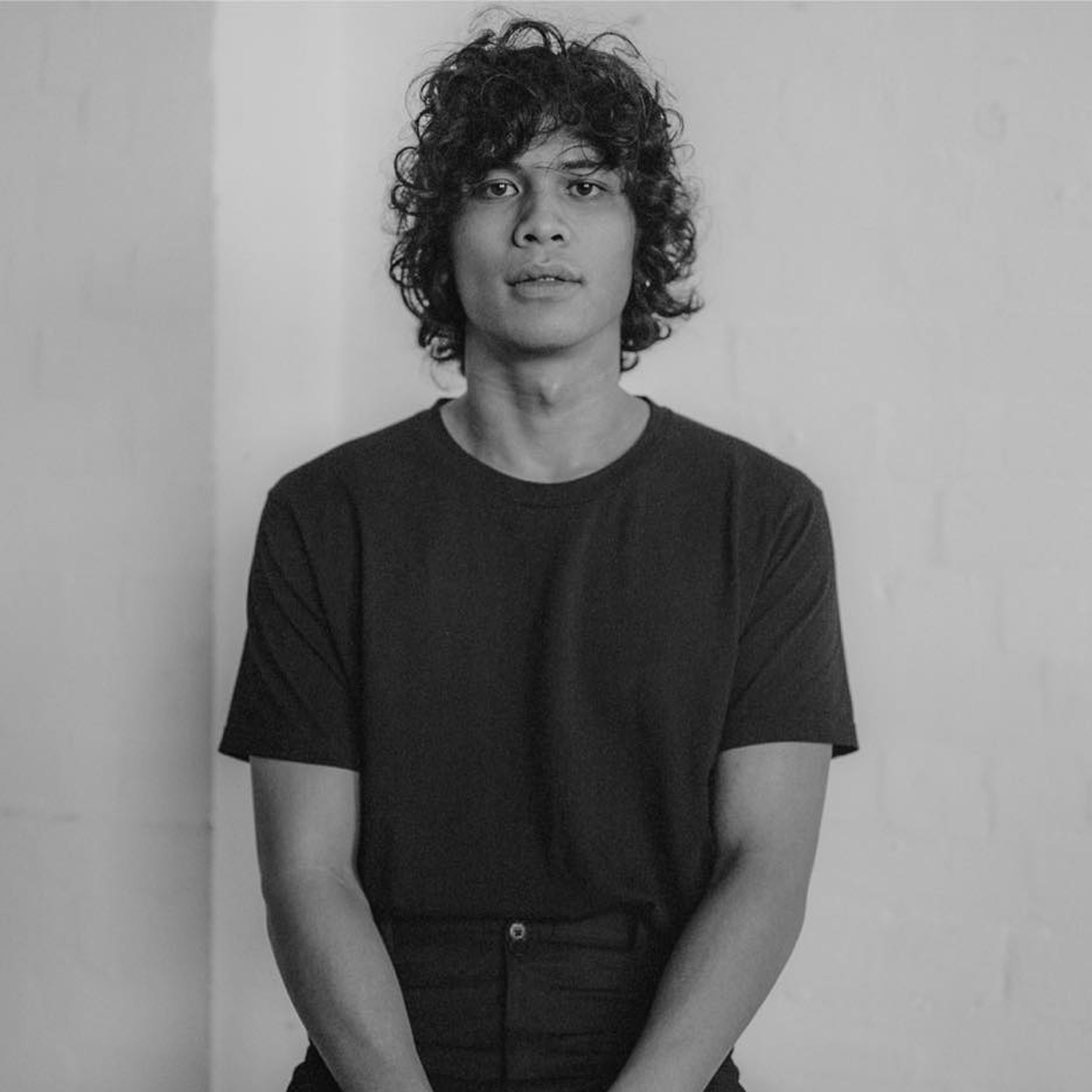 Martyn Reyes is a Filipino-Australian writer and artist, working on Gadigal land. He holds a BA in Communication (Journalism) from the University of Technology, Sydney. Martyn explores various intersections of identity in the form of creative nonfiction. His work can be found in the Sydney Review of Books, Kill Your Darlings, SBS Voices, LIMINAL Magazine and more.